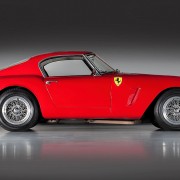 Auctioned alongside a 1967 Ferrari 275 GTB/4 on Wednesday, the two cars – owned by the late businessman Richard Colton – raised a huge £8.5m, all of which was donated to the RNLI to raise money for a state of the art waterjet-propelled lifeboat.

Sold with no reserve, the 1960 250 GT SW (standing for short wheelbase) berlinetta might appear as a gleaming museum-ready example, but is in fact a car that’s covered more than 100,000 miles.

Notably the first production-made Ferrari to be fitted with disc brakes as standard, it’s powered by a 252bhp 2,953cc V12 engine and is the second of just nine right-hand-drive versions to ever come to the UK.

It cost the original owner £5,926, two shillings and six pence – that included a 10% discount. 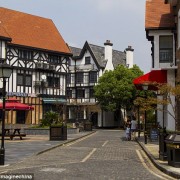 POLICE across Hampshire and the Isle of Wight are supporting an international plan to highlight speed limits.

From 1st October 2014 the DVLA will no longer issue Tax Discs to dispaly on a vehcile.

Changes to the RFL have been introduced to save costs – and try and cut fruad.  The changes also effect the sale and purchase of a vehcle.

Details of the changes can be found here

As of October 2014 payment will no longer be accepted at booths in cash.

New payment methods are similar to those used to collect payment for the London Congestion Charge.

Drivers will no longer pay at the barriers; instead you’ll be able to pay in advance, or before midnight the day after crossing. Drivers who don’t pay will face a penalty charge.

The new scheme is known as Dart Charge and will help to reduce congestion at the crossing.

It will still be free to use the crossing between 10pm and 6am.

Further details can be found here

Thai Airways’ and Turkish Airlines’ planned move into London Heathrow Terminal 2 has been postponed until 28 August.

Until then, both airlines’ flights will depart from Heathrow Terminal 3.

ESSENTIAL road works are to be carried out on the motorway near Winchester.

Highways Agency project manager Guy Watts said: “We will be repainting the road markings on the M3 between junctions 8 and 9 to keep journeys safe and reliable.”

The works will be carried out between the hours of 10pm-6am and there will be diversion routes in place via the A34 and A303.

All passengers, particularly those flying to or via the United States are advised to make sure all mobile devices are fully charge

At the airport security checks there is a likleyhood that passengers will be asked to demonstrate that their device works as manufacturers intended.

There have been cases of passengers having to re book flights – as their phones had flat batteries!

More information can be found here

Due to events over the past few days passengers are advised to arrive at airports in good time.

All airports have introduced extra security checks and therfore there are likley to be extra queues at busy times.

The latest recommendations can be found below